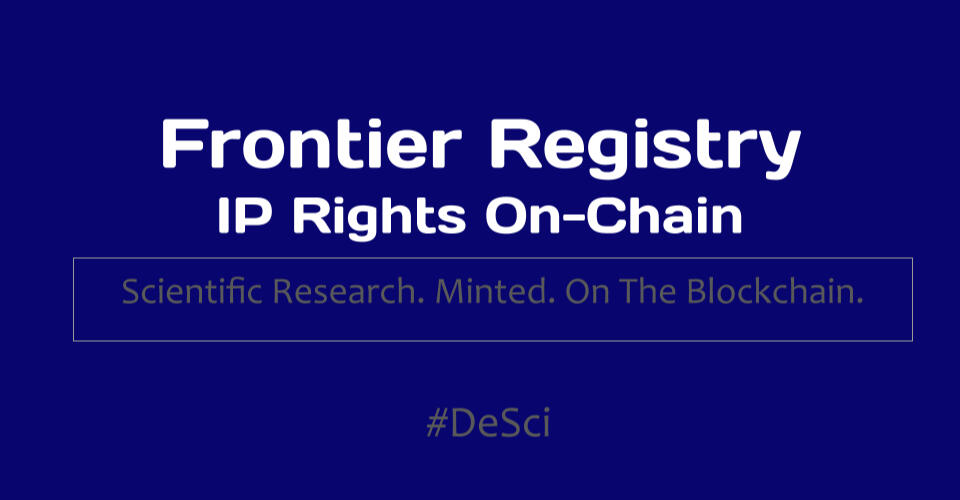 - 3654 scientific journals worldwide
- $26B industry (as big as the film industry)- Today scientific journals put content behind a paywall, plus charge authors to publish their work.- Legacy publishing: 0% commission is directed toward the author, researcher - Legacy publishing: The author must give up copyright to their published paper in most instances- There exists no on-chain peer review process for scientific and engineering published breakthroughs as we envision it for FrontierRegistry 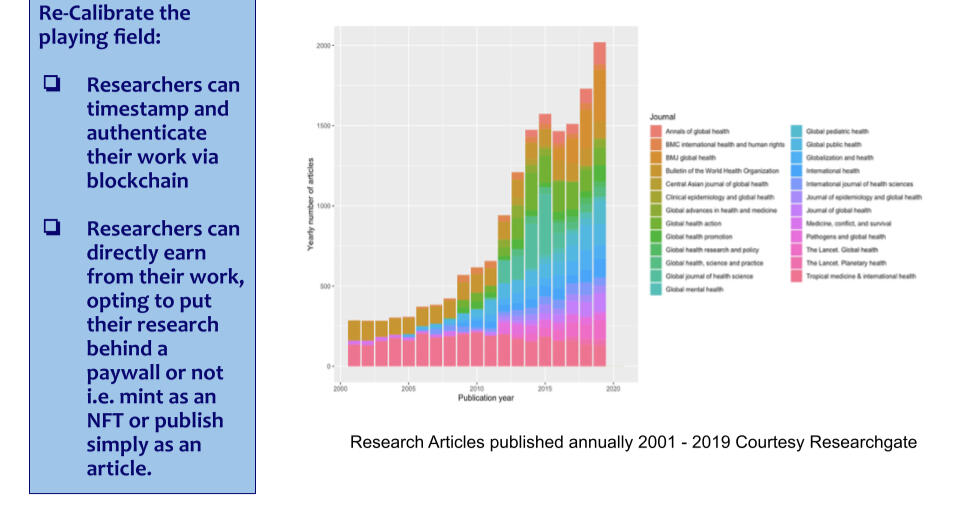 FrontierRegistry is the first Web3 platform publishing tool that easily automates on-chain IP publishing, blockchain authentication, peer review and the ownership economy for scientists, engineers, academics and researchers who are professionally obligated to ‘publish or perish.’ The author retains all copyright. Always. 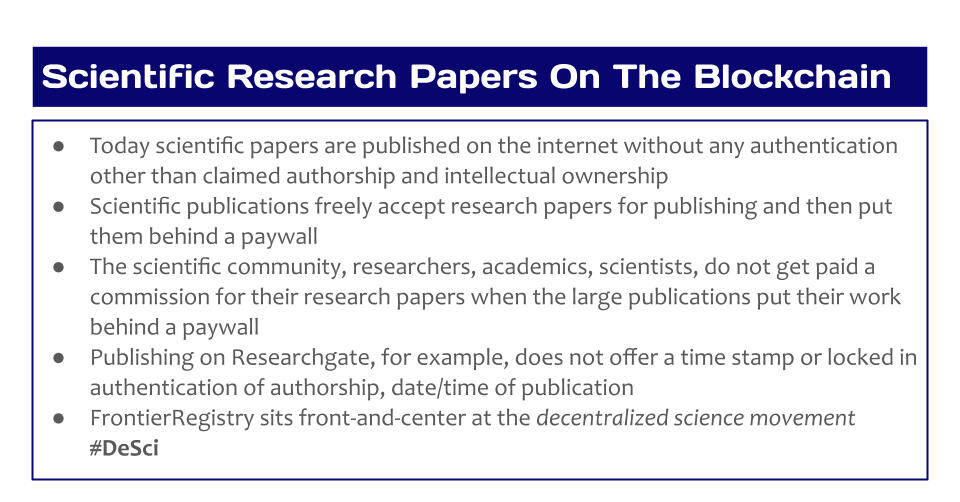 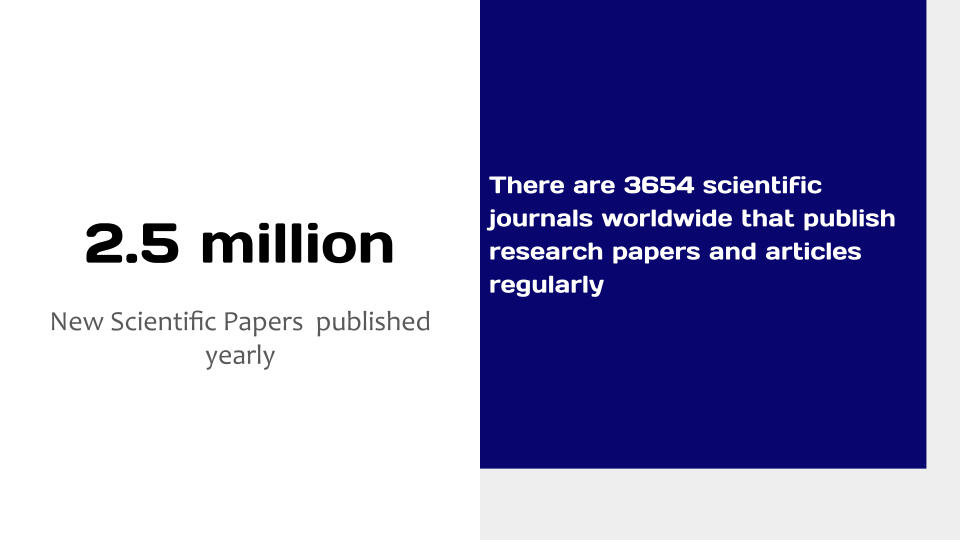 Case In Point: Nikola Tesla was an inventor who is best known for his contributions for the design of generating alternating current for electricity supply systems. He obtained around three hundred patents worldwide for his inventions. Some are still hidden in patent archives. He theorized that electricity could be transmitted wirelessly through the air at long distances - he called this his world power system.Tesla himself died in poverty in a NY hotel room unrecognized for his scientific contributions to mankind. One of the patents that discussed providing free electricity, & 'Method of utilizing radiant energy,' was successfully demonstrated but was never completed.Imagine if Nikola Tesla could have published his patents on-chain for peer review while assuring authentication of his IP ownership? What if Tesla could have then crowdfunded his theories in order to pursue further research, test and evaluation? What if Nikola Tesla had had FrontierRegistry at his fingertips?